Nyaa is a popular anime-dedicated torrent index. Nyaa is best known for anime and also hosts a number of manga books, games, audio and live action that can be downloaded from the torrent index. 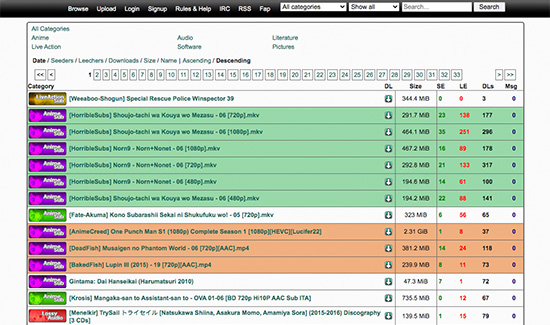 In May 2017 the site's main domains (nyaa.se, nyaa.eu, nyaa.org and nyaatorrents.info) were deactivated. In an announcement of Nyaa's previous mods, the reasons for the website's shutdown remained unknown. However, they were believed to be based on EU judgments that would jeopardize the proper functioning of Nyaa as it was then. In the following weeks, several forks were launched, some of which were based on the Nyaa Torrents codebase and the original torrent index. Every alternative project used the name nyaa: Nyaa Pantsu, Nyaa.se, Nyaa2 and Nyaa.rip.

Just as the original Nyaa Torrents had problems because its torrent site was blocked in countries around the world, the successors' sites where blocked as well. However, there were enough proxy pages that made it possible to access the Nyaa pages. Here is a list of working Nyaa proxies for all popular Nyaa alternatives.

No point using pantsu as that site is basically a mirror of Nyaa.si